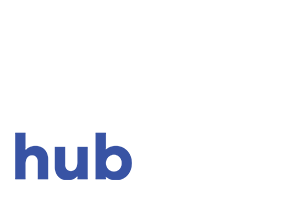 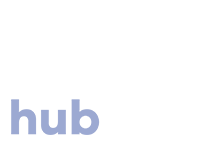 It’s a lifestyle, not a diet!

My goal of this page is to create a resource for both the practitioner, coach and every day person curious about using nutrition to reverse chronic health conditions that are caused by the modern diet. If you have a question or would like to join the platform, please reach out.  Contact Tracey McBeath at info@lowcarblifestylehub.com.

WHAT IS LOW CARB

What is the low carb lifestyle?

The evidence supporting the fact that the LCHF lifestyle is optimal for health is overwhelming and well established.

What is ‘metabolic health’ and why does it matter?

Weight gain is usually a factor of metabolic hormonal imbalance. Fixing this balance then, leads to weight loss.

Great websites with lots of resources and information:

https://lowcarbdownunder.com.au/ (you can find a low carb GP here)

If you’re a reader and want to read some great books:

Why We Get Fat – Gary Taubes

What does 'insulin resistant' mean?

“Insulin Resistance (IR) is most likely the single most important factor in our health.” Dr Peter Brukner

If you are insulin resistant, you are at risk of becoming obese (if you’re not already), and developing a range of diseases, including metabolic syndrome, high blood pressure, type 2 diabetes, cardiovascular disease, cancer, neurological disease, and for women, polycystic ovary syndrome (PCOS).

Insulin is a hormone secreted by the pancreas, which sits in the abdomen. When we eat a carbohydrate food, the carbohydrate is broken down in to glucose in the gut and absorbed into the bloodstream. That’s when insulin get’s to work. It’s role is varied, but one of it’s main roles is to move the glucose out of the blood and in to tissues, especially the brain and the muscles where it can be stored as glycogen (the body’s storage form for carbs) for later use as a fuel. Once the storage capacity for glycogen in the liver and muscles is complete, insulin takes the excess glucose to the liver, where it is converted into fat. That fat will only be mobilised for fuel when insulin levels drop.

In a normal system, insulin and glucose levels drop after the glucose from a meal has been absorbed into the tissues, the body responds by feeling hungry and the brain tells us to eat again. This is why we feel much hungrier a few hours after a carbohydrate-dominated meal, especially one with a big sugar load, than after a meal of protein and fats.

When the diet is consistently high in carbohydrates, in the form of sugar or other carbs such as starches or grains, the level of insulin in the blood remains elevated. This both:

A third effect of long term high blood insulin levels is that after a time, the body’s tissues become resistant to its effects. Just as an alcoholics body becomes tolerate to alcohol, so too do our bodies become tolerant to insulin.

It was traditionally thought that obesity was the main cause of type 2 diabetes, and there’s certainly as association between the two, but the modern thinking is that insulin resistance is the cause of both obesity and type 2 diabetes.

Where can I find low carb friendly recipes?

There are many fantastic websites out there that can give you low carb recipe ideas. Here are a few outstanding ones:

Hair loss can be an issue when any sudden change is made to your diet. It can also be caused by an underlying issue, stress, or simply not getting enough nutrients (especially animal protein) in the diet. I experienced hair loss when I went from Keto to Carnivore. It was more a shedding or thinning, that lasted 3 months. Generally it will right itself if it happens to you, however there are some things that might help or hinder. Watch the videos below to learn more.

And this great article from Diet Doctor

Where can I study more about low carb nutrition?

As an ambassador for The Nutrition Network, I would highly recommend their programs to anyone interested in learning more about low carb nutrition. They stay cutting edge and are up to date on all that latest science, and have specific programs for practitioners, nurses, dietitians, and health coaches. Whether you’re just new to wanting to learn about low carb nutrition, or you want to take it to the next level, they will have a program for you. The Nutrition Network is a proud arm of the Noakes Foundation.

Around the world there are a number of excellent programs that also cover low carb nutrition for those wanting to become a coach.

Where can I find a low carb friendly practitioner?

You can find a list of Low Carb GP’s, Specialists, Dietitians, Nutritionist & Health Coaches within Australia at Low Carb Down Under

For the rest of the world:

If you are embarking on a low carb lifestyle, I highly recommend you seek out the support of a GP who has an understanding of this lifestyle. Dosages for medications could change quickly and you need to make sure your GP understands what is happening in your body.

Does low carb cause gout?

If you have a condition known as gout, you have probably been told to avoid food that are high in purines. But is this actually necessary? Gout is another condition in which the current management advice is based on poor science.
Gout is caused by inflammation. And what causes inflammation? Sugar & seed oils (margarine, canola oil, vegetable oil, grapeseed oil, rice bran oil) found in pretty much all processed foods and takeaways; hyperinsulinemia (high circulating insulin for carbohydrate intolerance); alcohol (especially beer).
Listen to Ken D Berry, MD explain it so beautifully in this video
Read these couple of articles from Diet Doctor
https://www.dietdoctor.com/can-we-blame-gouts-resurgence…
https://www.dietdoctor.com/low-carb/side-effects/gout

What does 'metabolic health' mean?

Metabolic health means the absence of metabolic disease. It’s how well your cells function throughout your body (including your brain) to give you the energy you require to function effectively. When this is not working effectively, it means we have metabolic syndrome, which is characterised by fat around our waist, high blood pressure, fatty liver, insulin resistance.

Watch this great video by Dr Robert Lustig as he talks about the three faces of metabolic syndrome.

Should I intermittent fast?

As a Health Coach, I often help my clients learn to effectively intermittent fast. It can be a great tool to help with health and weight management. But like anything, it can also not work for you. If you push it too much or you rush in to it before becoming fat adapted, it could work against you. I recommend becoming fat adapted first, then watch your body naturally ease you in to intermittent fasting. All IF is, is only eating when you’re hungry. Either dropping a meal, or closing the window a little on when you do eat. It’s fun to play around with it, and there isn’t any rules on how to make it work for you. You can find some resources here to help you work out what is best for you.

Does red meat cause cancer?

Yes we’ve been convinced over decades now that red meat is bad for you (and the planet). But is this true? If you’re curious, here are some great resources for you.

Should I be worried about eating saturated fat?

It is very clear that we’ve been told to eat the wrong ‘fats’ for the last 30 years, and our health has suffered as a result. It’s not naturally produced saturated fats that we should be avoiding, but toxic man made vegetable oils (or seed oils). Listen to the experts on this and make up your own mind. It is now thought that seed oils are the catalyst for metabolic syndrome, and excess carbohydrates are like throwing fuel on the fire. Learn nore here.

Do I still need carbs if I exercise?

It is a myth that you need carbohydrates to exercise. The body can make its own glucose for energy if needed from the liver, via a processed called gluconeogenisis. This is not the case when it comes to protein and fat. These are essential for us to get in our diet. When it comes to exercise, there is lots of myths surrounding whether we need carbs or not. If you’re an elite level athlete and you engage in high intensity sprinting, some carbs may be of benefit. However most of us are not that like, and for what we need, carbs are not needed. There is a lot of evidence on this. Here is some further information for you.

What about cholesterol on Low Carb?

Find lots of information on low carb and cholesterol here!

The short answer is yes. There is a lot of evidence showing that dietary changes can have a very positive impact on mental health and wellbeing. Insulin resistance, inflammation and oxidative damage are all common in many mental health conditions.

Dr Georgia Ede is a Nutritional Psychiatrist, and has a huge amount of information on her website on this topic.

You can check it out here: https://www.diagnosisdiet.com/ 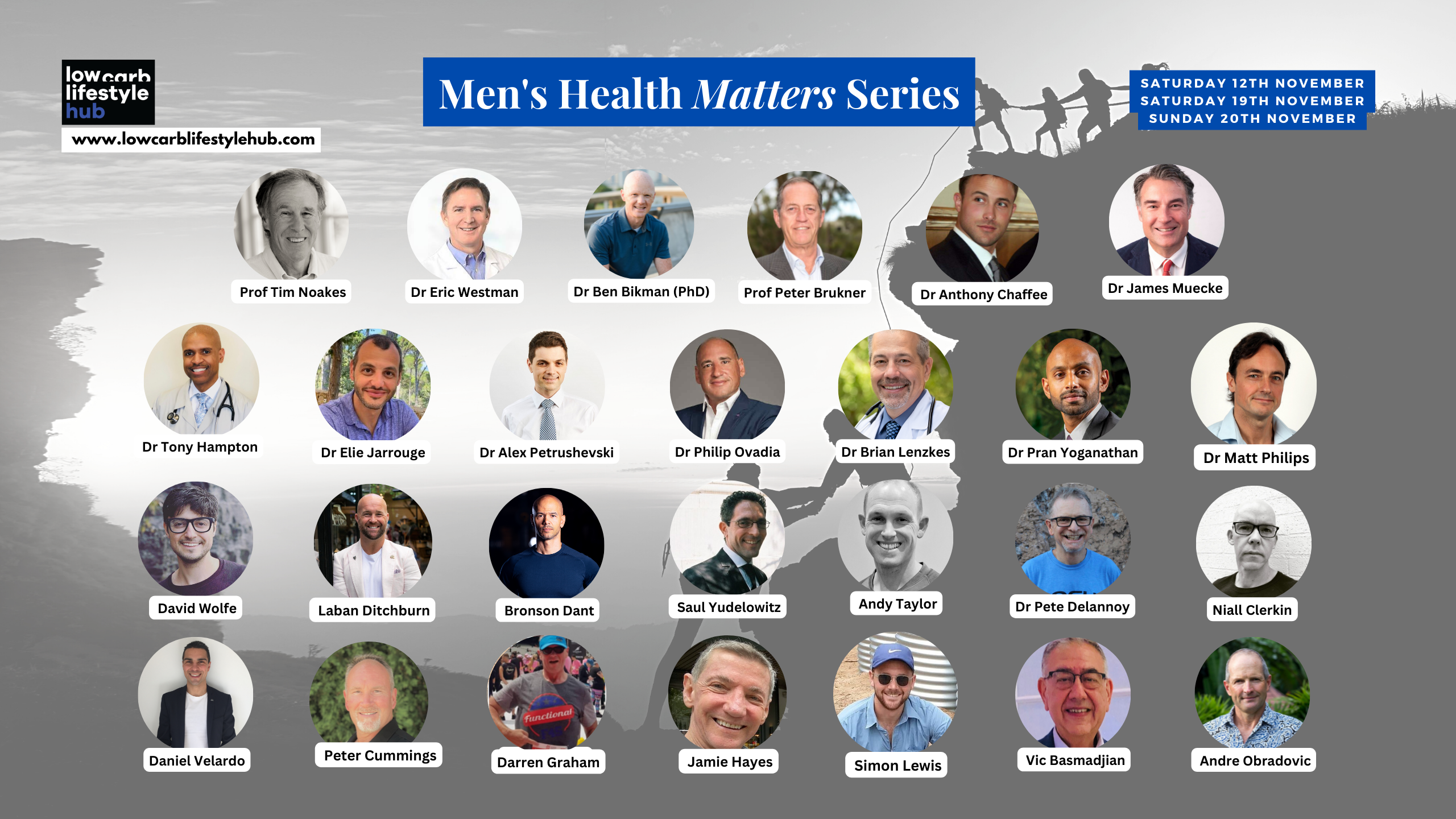 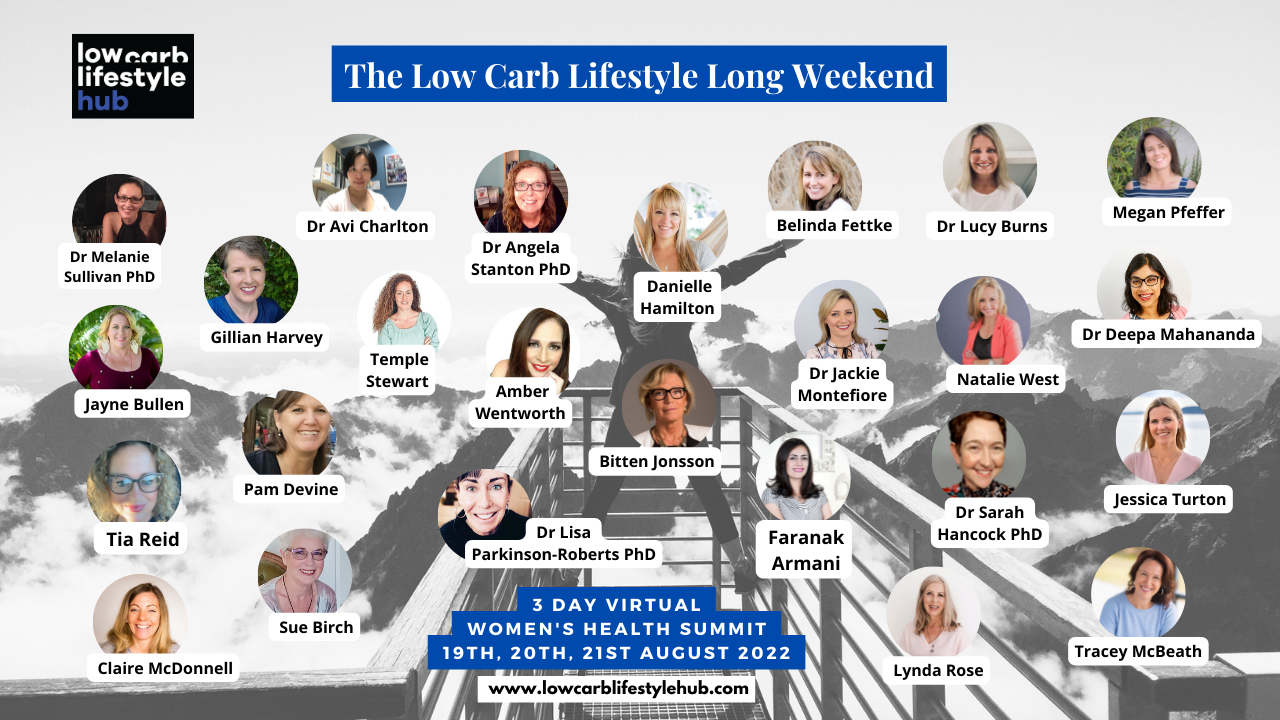 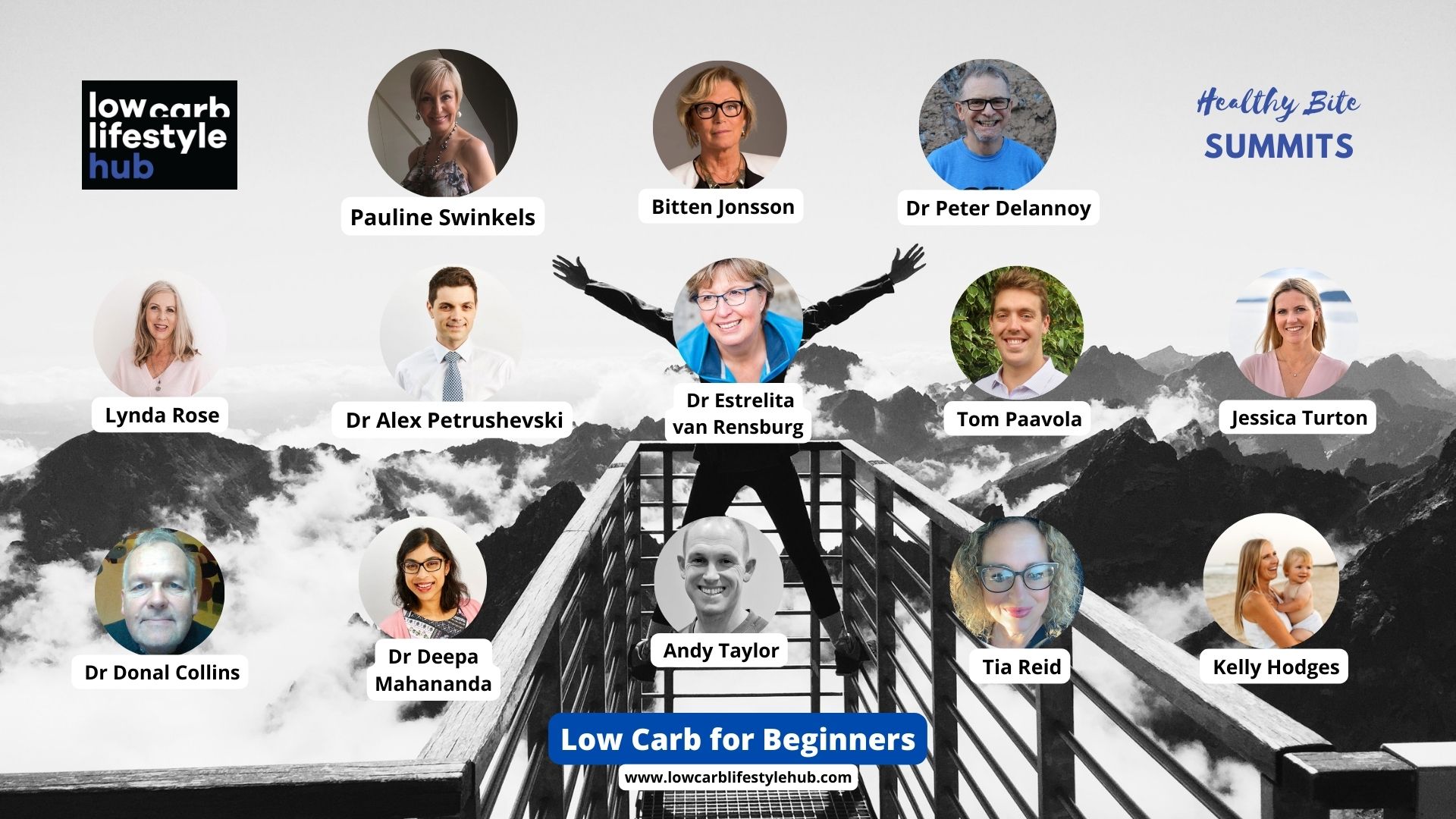 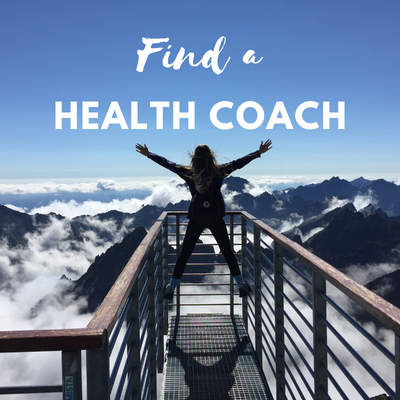 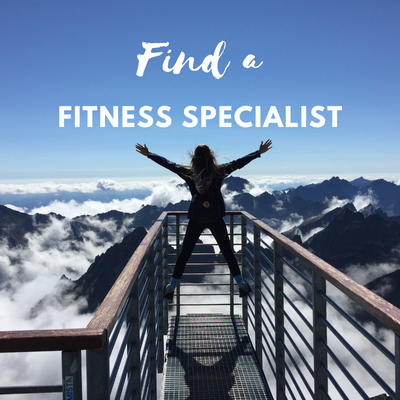 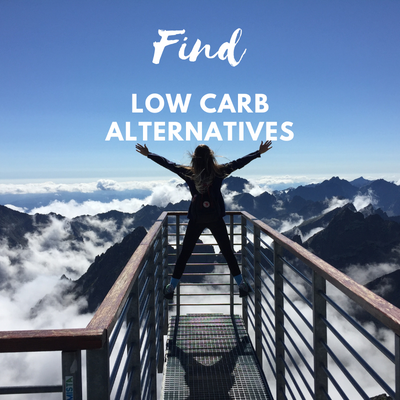 If you would like to advertise your low carb friendly products or services on here, please contact Tracey on info@lowcarblifestylehub.com

A Melbourne based business, and their products are divine. Check them out here: www.ecologyskincare.com. Use these codes for a discount or a free gift (one off codes and not available with any other offer): TRACEYTRIBE10 (for 10% off purchase) TRACEYTRIBE (for gift when spending over $25)

Take 10% off your order at Chief Nutrition! Biltong, Beef bars and Collagen bars. Use link https://wearechief.com/tracey-mcbeath to have the 10% off already applied. 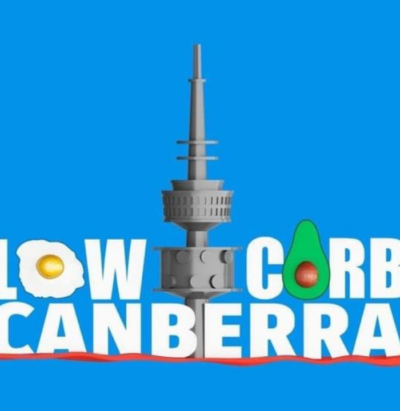 Disclaimer: All information on this page is for general purposes only and is not meant to substitute for advice provided by your doctor or other qualified health provider. Please seek advice from your medical practitioner before changing your diet.

The Low Carb Lifestyle Hub (owned and operated by Tracey McBeath Health) takes no responsibility and is not liable for any products, services or otherwise advertised on this platform. All responsibility rests with the individual who engages with any of the advertised services.

We’d love to hear from you with any questions or queries.

Stay up to date, receive special offers and more. 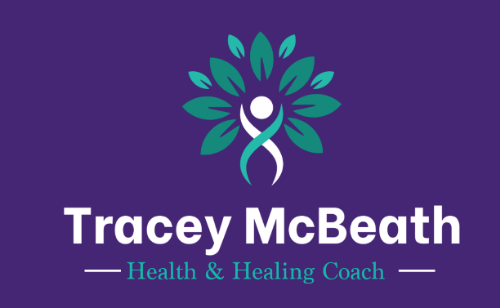